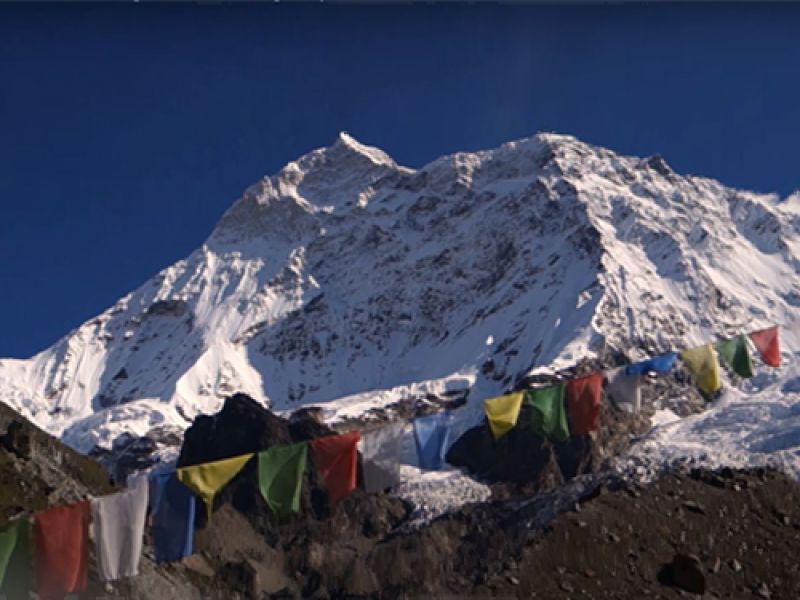 Makalu lies in the Mahalangur Himalayan Range of Nepal and is the 5th highest peak in the world. Mt. Makalu lies about 20 km east of Everest on the Nepali-Tibetan border. The first try for Makalu Expedition was approached by the American expedition team in 1954 but was unsuccessful in reaching the summit. In the following year in the spring, 3 members from France successfully summited and became the first to stand on top of Makalu.

Makalu Expedition is physically challenging and brings out your spirit of adventure. You will also get an opportunity to know about the culture, traditions, and lifestyle of the Sherpa people. In this wonderful land, most of the people are inspired by Tibetan Buddhism. It leads to different landscapes, green pine forests, true nature, and splendid views of many giant peaks. Makalu Expedition also offers the possibility to experience the diverse flora and fauna. The unique blend of outdoor adventure and cultural expeditions is a great way for you to be in the Himalayan region of Nepal. You will have striking views of the peak like Mt Everest, Lhotse, Nuptse, Ama Dablam, and many other mountains.

Spring is the vital climbing season for the Makalu Expedition Nepal. In spring the climate is warm and views are clear. The spring season varies from March to May for three months. The chances of rain or cloud are less in relation to other times. The spring season is the most suitable for climbing because of warm weather, not so much snow deposited. The wind velocity might be challenging for this season but taking into consideration all kinds of factors, spring is the best climbing time for the Himalayas of Nepal.

Trek to Makalu Base Camp starts after a short flight from Kathmandu to Tumlingtar. Trek to Makalu Base Camp is itself an exciting trek through a remote region where few trekkers travel. This region falls within the Makalu Barun National Park, famous for its excellent natural beauty and a variety of flora and fauna. The terrain crosses to pass, dense forest, gorges and becomes rocky with loose scree as we will be at Makalu Base Camp (4800 m).

We stop at the base camp to acclimatize and explore lovely high grazing areas. After spending some days in Base Camp, we make some hour journey up the moraine and boulder fields of the Barun Glacier to Advanced Base Camp 5,700 m. From here, the route covers a rocky moraine of the low-angle Chago Glacier. Just before reaching Camp I, 6,347 m, we ascend a steep ice-snow wall with fixed lines. During that time we make an acclimatization trip across the easy glacier to Camp II, 6,600 m. From Camp II we get a fantastic view of Everest, Lhotse, and Baruntse. We then climb to at least 7,000 m on the steep slopes that leading to Camp III. And from Camp III we will push to reach the summit.

Many climbers who are thinking of climbing Mt Makalu will think once about how technology is Mount Makalu Climbing. Mountaineering is not easy and it also depends upon the climber’s previous climbing experience, climbing season, physical fitness, and courage.

Makalu Expedition is one of the technical and hardest eight-thousanders in the world to climb. It's steep pitches on rock and ice and highly exposed knife-edged ridges demand the physical, mental and technical competence of mountaineers with previous high-altitude experience. This remoteness actually adds charm and excitement to this immense mountain.

Mt. Makalu is one of the hardest and technical eight-thousanders in the world to climb. Between Camp II to Camp III, and the ending ascent of the top pyramid involves technical rock climbing with some 400m of knife ridge ascent path. Near the top, the oxygen in the atmosphere is about a third at sea level. Some other reasons that make climbing more difficult are unpredictable weather, the threat of avalanches, and crevasses.

Every expedition requires certain preparation of gears and types of equipment for the journey to make your trip more comfortable. The following belongings are recommended that should be brought, although we concede that our clients have their own decision for the clothing. To know what to expect in the Makalu Expedition, we have prepared some useful gear during the trek.