Nepal is a remarkably beautiful country where snow-covered mountains are sublimely standing tall. You will get to experience from a while, dry desert to chilly enigmatic grand Himalayas in the north. You will also get to experience Nepal’s diverse culture through language, customs, costumes, dances, festivals, and their regions themselves. This variety is scattered across the country and will give an extraordinary quest to find out about Nepal. And to encounter all these facets, the Everest Base Camp Trek is one of Nepal’s excellent trekking trails. On the whole, Everest Base Camp is a perfect mixture of cultural and natural phases of the country.

Nevertheless, if you search for a comfortable trekking journey to experience Nepal’s best features, Everest Base Camp is undoubtedly the one for you. Hence, in this blog, we are highlighting the best reasons to choose the Everest Base Camp trek in Nepal. 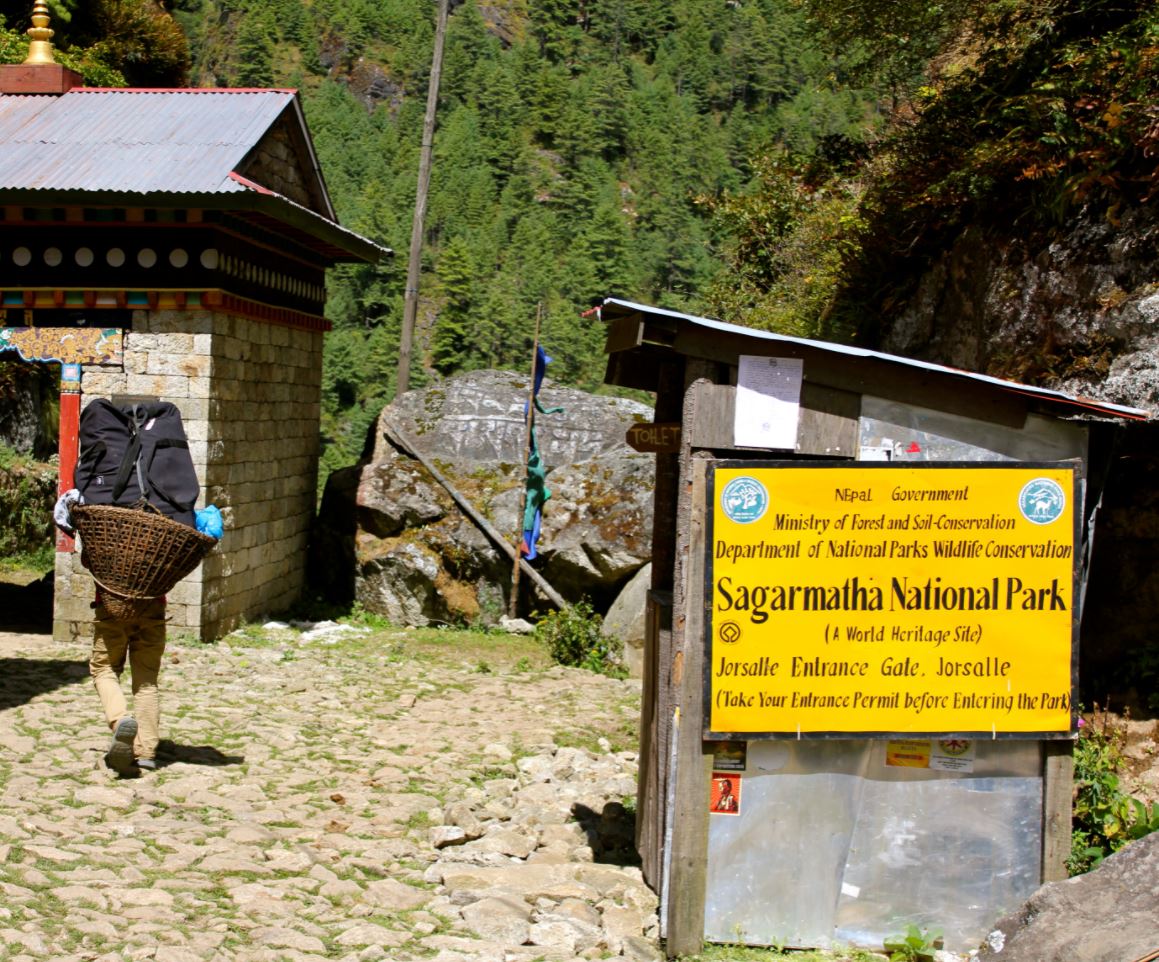 Sagarmatha National Park is home to the highest mountain in the world - Mt. Everest (8,848.86 m). This national park covers an area of 1,24,400 hectares in the Solu-Khumbu district of Nepal. The area was appointed as a national park in 1976 and embraces numerous other peaks all above 6,000 m. The park got attention as a World Heritage Site in 1979. Altitude extends from 2,845 to 8,848.86 m at the peak of Mount Everest.

Various unique species, such as the snow leopard and the panda, are observed in the park. The appearance of the Sherpas, with their different culture, replies additional excitement to this site. The Park claims a broad variety of wildlife including more than 118 species of birds. While the forest is dominated by silver fir, birch, rhododendron, and juniper trees, creatures like musk deer, Himalayan tahr, ghoral, wolf, and Himalayan black bear may be detected by trekkers in this area.

Tenzing-Hillary (Lukla) Airport is located at Khumbu Pasang Lamhu-2 Rural Municipality of
Solukhumbu District, Province No. 1. It is the gateway to Mount Everest, the world-famous tourist destination. It reached global popularity as it was rated the most dangerous airport in the world for more than 20 years by a program titled Most Extreme Airports. Tenzing Hillary Airport has one of the most exciting views and is well-known for various reasons. 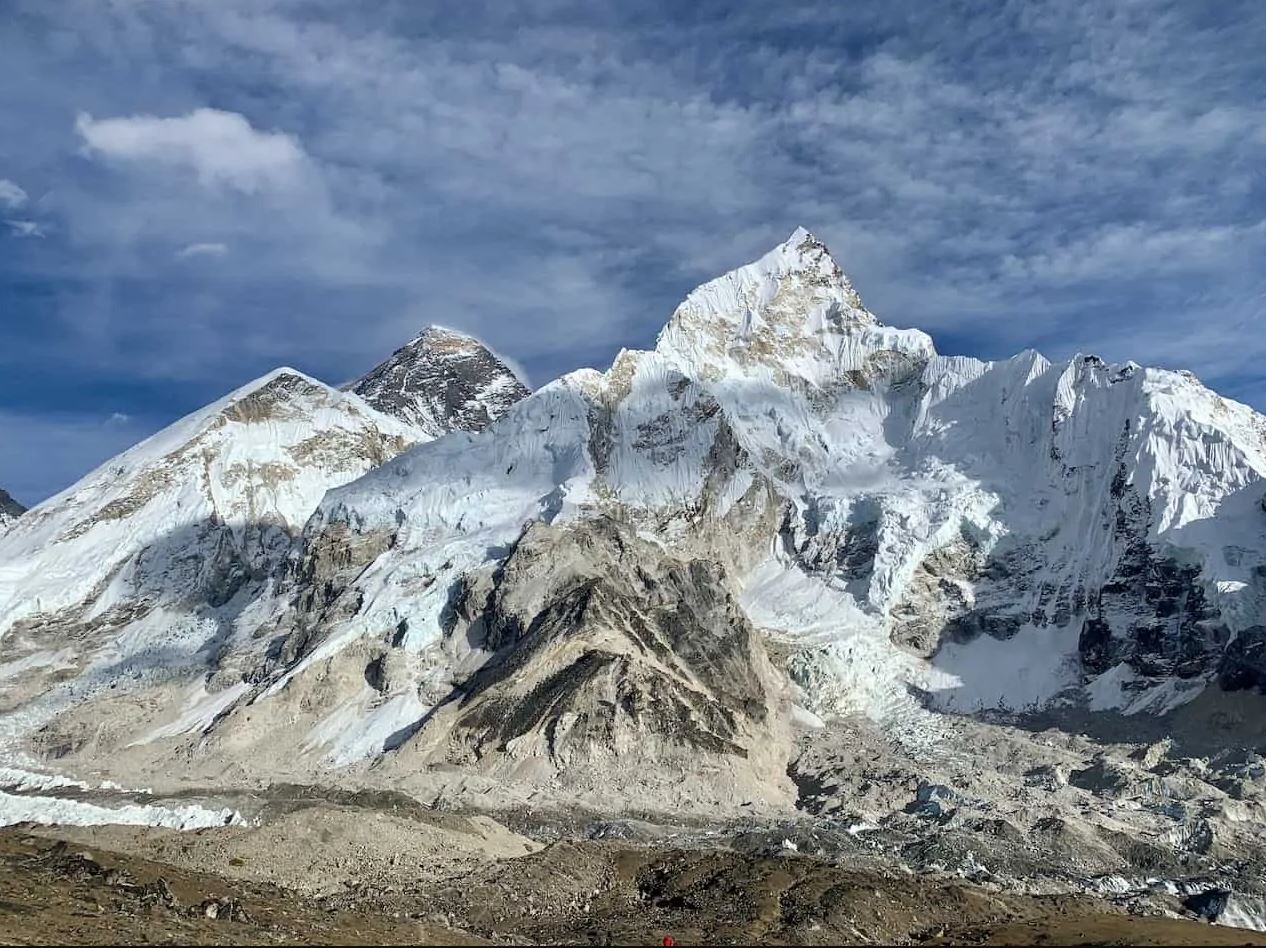 Kala Patthar is extremely famous for trekkers in the region of Mount Everest since it bestows the most accessible close-up view of Everest. The views of Everest, Nuptse, and Changtse are thrilling from here and there are sights of the northern flank and peak of Lhotse. That is why most trekkers walk up to Kalapathar to get the awesome view of Mt. Everest.

Ama Dablam is a peak that lies in the eastern Himalayan range of Nepal. The main peak is 6,812 meters, the lower peak is 6,170 meters. Ama Dablam means "Mother's necklace". Mt Ama Dablam has one of the most different shapes among all other mountains in the world. Ama Dablam is even extra beautiful when the peak of the mountains becomes golden after the sun rays struck the peak in the morning.

There are two base camps on Mount Everest, on opposite sides of the mountains: South Base Camp is in Nepal at an altitude of 5,364 meters. Everest Base Camp Hike had become the aim for thousands of tourists all over the world. There is a feeling of glory that comes with trekking through the foot of the Nepal Himalayas. It is famous with the name of “Gateway of Mt Everest”. Lonely Planet, TripAdvisor, and many more have expressed Everest Base Camp as one of the most gorgeous natural tourist attractions.

Basanta is the author who inspires and motivates his readers with enthusiasm and dedication. He works as a travel writer and editor for The Himalayan Odyssey. He covers the various topics of Nepal with his clean and visually appealing writing — rich and descriptive —he lures his readers in. Full of travel tips, and amazing writing his articles appeared sound advice and consistent content.

He is doing a Master in Tourism and Hospitality from Tribhuvwan University which also helps him to write excellent travel content. He loves to do trekking and also has a great eye for photography.